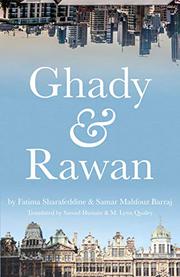 After a summer break spent in Beirut, Ghady, a Lebanese teenager, returns with his family to Brussels, Belgium, where they reside.

Left behind is Rawan, his female best friend, with whom he keeps in touch through email. Through their correspondence, readers find out about their dreams and ambitions but also, and most importantly, their teenage angst and worries: Rawan’s increasingly uneasy relationship with her parents and Ghady’s bouts with homesickness and racial stereotyping. Their stories—while told through the perspectives of two Lebanese characters—skillfully examine issues pertinent to adolescents everywhere: bullying, peer pressure, racial discrimination, conflicts with parents, substance abuse….The young peoples’ narratives and communications uncover each of their perceptions of the other’s world, with Rawan envious of the fast internet and 24/7 electricity Ghady enjoys in “well-organized” Brussels while Ghady longs for the extended family life of Lebanese culture and writes to Rawan that “the noise of the Beirut streets…is better than the silence here.” Originally written in Arabic, the novel is masterfully penned by celebrated, award-winning authors Sharafeddine (The Amazing Discoveries of Ibn Sina, 2015, etc.) and Barraj (Red Line, 2019, etc.). The dual authorship results in a seamless text, and readers will travel smoothly between the novel’s two loci, Beirut and Brussels.

A heartfelt and beautifully written page-turner.