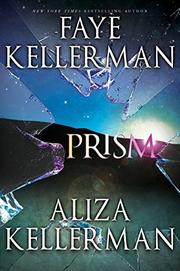 Kaida is a normal high-school girl going on a normal class trip—until a terrible van accident strands her in a nightmare with two of her fellow travelers. After a harrowing night lost in a desert cave, Kaida wakes at home in her own bed, her class trip a week in the future. She hasn’t moved into the past, though. Instead, Kaida is in a world almost like her own but horribly different, and only her fellow accident victims seem to recognize anything is wrong. Nobody has ever heard of doctors or hospitals, and speaking of illness brings horrified looks from any who hear. Somehow, the accident has brought Kaida into an alternate universe where a fascist government enforces taboos against both medicine and sickness. Though the novel, by the gajillion-selling thriller author and her high-school junior daughter, might need a shot of penicillin to cure its massive plot holes, fast-paced action will keep thriller fans reading. Who needs character development or logical world-building when you’ve got high-speed chases and laxative smuggling? (Fantasy. 11-13)