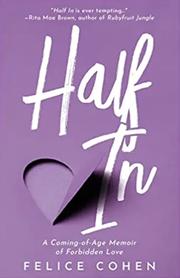 A Coming-of-Age Memoir of Forbidden Love

A writer recounts her controversial affair with a much older woman in this debut memoir.

Cohen first met Sarah when she was still a closeted undergraduate with dreams of one day being a writer. The author took a summer job on campus as a counselor helping to orient incoming students. Sarah was her boss, a hard-nosed woman in her 50s who quickly took a shine to Cohen—and the author worked hard to impress her. After graduation, Cohen found a job in admissions and remained on campus, continuing to run into Sarah now and then. The connection between the two was enough to draw the attention of the author’s first girlfriend, who commented on the impropriety of Sarah being attracted to a woman one-third her age. The attraction, though, was mutual. “That night I woke from a dream in which Sarah showed up at my apartment, told me her girlfriend had left her, and kissed me,” writes Cohen. “I tried falling back to sleep, but my brain was hellbent on replaying the dream.” Eventually, the two acted on their desires despite Sarah’s long-term relationship with a woman named Linda. But the secret could only stay hidden for so long, and when the truth of their love became public, the author was forced to live with the consequences of her affair. Cohen’s prose is simple but urgent, capturing the passion and confusion of her emotions: “Fifteen minutes later Sarah pulled into the driveway at my parents’ house. It was pitch black out, the sky full of stars. The air smelled cold like snow was coming. I shuddered…Sarah was about to meet my parents who thought they would be meeting my former boss, not my current lover.” The book moves quickly, and the author proves a sympathetic protagonist even when she recounts decisions that readers will likely wish she hadn’t made. It’s a compelling scenario, one that feels transgressive to both the writer and readers, and Cohen holds her audience’s attention to the end.

A gripping account detailing a May-December romance between two women.