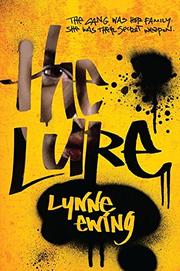 Gritty realism and airbrushed romance go head to head in this tale of life among Washington, D.C.’s street-wise gangs.

Years after her best friend died in a drive-by shooting, Blaise seeks safety and protection by joining Core 9, a gang active in her downtrodden neighborhood. As their rite of passage, Blaise and Ariel opt for a severe beating rather than the gang rape Melissa endures. At the pinnacle of Core 9’s hierarchy is Trek, a handsome sadist whose favor is essential for survival. Desired by both Trek and her de facto boyfriend, Rico, virginal Blaise longs for Rico’s best friend, Satch. When Trek offers Blaise pay to use her feminine wiles to draw gangbangers out for Trek to kill or maim, Blaise, guided by pure motives a saint would envy, reluctantly agrees. She’s embarrassed but thrilled when Melissa’s makeover transforms her into a sleek seductress, but she’s sickened by the job itself. The girls of Core 9 are lovely; the guys handsome, muscular hotties who sell drugs but largely stick to beer. All, even Trek, are smart and self-aware, their families vicious or victimized. While some characters speak Spanish, none are identified by race or culture; ungrounded in cultural identity, characters feel generic.

SONS OF THE DARK: BARBARIAN
by Lynne Ewing
Children

WHERE THE STARS STILL SHINE
by Trish Doller
Children

REVENGE OF A NOT-SO-PRETTY GIRL
by Carolita Blythe
Children