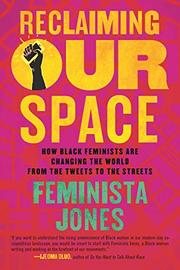 A feminist writer/community activist offers insights into what she sees as the defining practices of 21st-century black feminism.

For Philadelphia-based social worker and activist Jones, black feminism is “the key to Black liberation.” One tool that the author believes that black feminists have used successfully in their ongoing struggle for social justice is Twitter. She argues that hashtags, which help Twitter users find “specific topics and associated social media posts,” have become vital mechanisms to grow communities that extend far beyond the narrow confines of academia. Some, like #FridayNightHorror (which focuses on black women in the horror film genre) and #BlackGirlsAreMagic (which focuses on the accomplishments of black women), are social, educational, and/or inspirational in nature. Others, like #BlackLivesMatter, have become the foundation for worldwide political movements. Jones believes that Twitter has become such a successful tool for black feminists/activists because the “forum [is] rooted in the African call-and-response tradition,” wherein participants aid in the development of a message while also influencing its direction. She also suggests that Twitter has become a way that black feminists like herself have been able to build followings that have allowed them to continue much-needed conversations elsewhere. Tweets on sex-positive feminism, for example, led Jones to create a widely read blog and, later, articles for Ebony.com. While the author concedes that what exists online “can be negative and harmful to [black] progress,” she also suggests that continued sharing of ideas among black feminists “will strengthen and improve the way the next generation interacts with each other.” Sharp and provocative, the narrative is most powerful in its implication that, unless born to privilege, all Americans, regardless of race or gender, now “feel something akin to what Black people...have always experienced.” Understanding black (female) struggles is therefore critical for everyone.