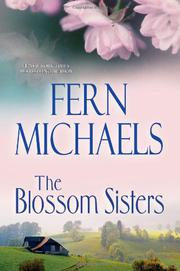 When Gus Hollister’s gold-digger wife throws him out, he works to re-establish ties with his grandmother and great-aunts, whom he’s ignored since his marriage and who have a few secrets of their own.

CPA Gus Hollister is blindsided on the last day of tax season when wife, Elaine, demands a divorce, forcing him out of his own house, which his grandmother paid for. Since their marriage, Elaine has convinced him to ignore his grandmother and her two sisters, the women who raised him and whom he loves more than anyone in the world. Now he must work to get back in their good graces, and in the process, he’ll find out that those ladies and a posse of local seniors have started local and online businesses selling a spectrum of interesting, varied products. Elaine, the gold digger, expects to take him for everything he’s worth, including his house, his car, half his business and even his inheritance. Lucky for Gus, he’s an all-round-good guy no one can stay mad at—oh, and that he has a world-famous, billionaire hedge fund manager as a best friend, who is willing to fund his divorce attorney—the best ever, of course—and a full firm of private investigators.  And how fortunate that Elaine is not only a bona fide gold digger (a term used repeatedly throughout the text), but also a practicing high priestess of witchcraft with a long background of deception, shrewish behavior and all-round-villainess tendencies. (And how unfortunate that Gus wouldn’t listen to all of his relatives and friends when they told him not to marry her.) Not to worry, though, Elaine has her next mark in sight, and Gus is just lucky enough that she’ll move on to the next guy and uncharacteristically decide to cut her losses and legal property rights and leave Gus alone. Meanwhile, Gus will help his grandmother and friends streamline their operation, and maybe he’ll even fall in love.

A cute concept undercut by awkward writing, inconsistent, simplistic characterization and too many implausibilities to allow us to take the book or the ending seriously.