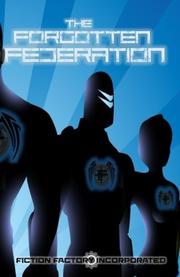 Dr. Andre Hudson’s ashamed of the work he’s done for President Ophelia Keating. After orchestrating the merging of world governments into one, known as Parliament, Keating instigated a way to regulate birthrate via the Human Reproductive Vector, which Hudson helped develop. HRV-EST (appropriately pronounced “harvest”) essentially peddles embryos, favoring the wealthy with perfect, genetically engineered children. Now a professor at Harland University, Hudson takes pride in his part of the Federation, superheroes who protected humans from alien ruler Goliaric of planet Xenoe, thwarting his plan to rule Earth. Hudson’s the only one left, and the only one without powers, but he sees hope in a TV report on teen Ellen Braxton, who allegedly killed someone using electricity she generated. Others crop up, like speedster Damian Gunner, with superpowers very similar to the original Federation members. Keating notices them too, and to be on the safe side, she sends twins Snitch and Scoundrel, Xenozians thought to have evacuated Earth long ago, to kill Ellen and the rest. The president fears new superheroes will put a damper on her devious plot, which is to avoid any uprising from citizens by, quite simply, eradicating the poor ones. Like all good superhero yarns, the author’s novel first lays the groundwork with a convincing plot and characters. Ellen, for one, is tormented by her mother’s sleazy boyfriend, Eddie, while the haunted Hudson is shrouded in mystery. The story has fun with genre fans’ expectations: David Porter’s power is initially unknown, and one character suggests fresh superhero names (rather than adopting old ones) and costume redesigns. Dialogue does tend to be interchangeable: nearly everyone says “dude” at some point, and even reptilian alien Snitch throws in an “awesome.” But the exhilarating adventure rarely falters: powers on display, beaucoup showdowns with formidable baddies, and an ending that promises further adventures for its superheroes—and maybe a few more villains.