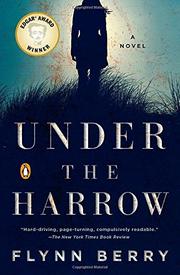 After she discovers her sister brutally murdered, a woman’s search for answers becomes as much about understanding the sibling she's lost as finding the killer.

On any other visit to her older sister Rachel’s Oxfordshire home, Londoner Nora Lawrence would look forward to leisurely meals and long talks enhanced by wine. But when she arrives this time, Nora finds Rachel stabbed 11 times and her German shepherd, Fenno, hanging dead from an upstairs banister. Berry, in her keenly wrought debut, never lets the reader forget the weight of Rachel’s death, the heft of which grinds down Nora’s every step as she lumbers from the police station to the local inn, where she decides to stay in order to be close to the investigation. Unlike murder cases on television, where evidence and suspects seem to abound, Rachel’s case flounders from the start: there’s no murder weapon, the village isn’t overrun with nefarious characters, and the more Nora discovers about her sister, the less she feels like she knows her. Convinced that the murder might be linked to a brutal assault Rachel suffered at age 17 by an unknown assailant, Nora struggles to reconcile the fierce love she feels for her sister with the creeping feeling of inadequacy that always hovered on the periphery of their tightly knit but often fraught relationship.

Berry accomplishes the rare feat of making the victim come alive on the page without ever sacrificing the deep, all-encompassing loss felt by those left behind.