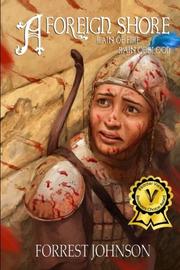 Rain of Fire, Rain of Blood

In this sequel, demons and unexplained magic disrupt lands already torn by war and an empire’s greed.

The city of Kafra, in Chatmakstan, has just been seized by the empire-building Akkadians. Prince Krion and his army parade on horseback through Heroes Square. Suddenly, flaming stones begin raining from the sky. When the assault ends, Krion consults with Gen. Singer and a Witch named Lamya, who blames fire demons from another plane of existence. As Krion commands her to learn more, he assigns Singer the mission of penetrating the southern desert of Berbat. Meanwhile, the Bandeluk soldier Raeesha believes she is pregnant with Singer’s child. She’s afraid to tell him, however, because it may cost him his military career and invite scorn from the man she loves. When he asks her to become an officer and train female soldiers, she grows upset and runs from his quarters. Outside, it begins raining blood. Hooded figures then kidnap Raeesha and bring her to Lamya. The Witch learns Raeesha’s connection to these odd events is her infection by a demon embryo. It must be excised before its power manifests in more dangerous ways. In this second volume of his series, Johnson (Clothes Make a Man, 2013) continues complex worldbuilding with inventive demons and tense tribal relations. Fiendish creations like the fui—reptilian humanoids hiding gruesome faces behind masks that remind Singer of the goddess Narina—are formidably unique. They aid Singer in his operation, and flesh out one of many parallel narratives, including the tracking of a spy ring, and the imprisoning of Singer’s former fiancee, Erika, in the Akkadian capital of Elohi. Yet taken together, these story threads convey lots of forward movement that never quite sweeps up readers emotionally. That the author’s world is reminiscent of the modern-day Middle East is tragic and undeniable; an old man tells Singer about his encamped soldiers, “You can stay there a hundred years if it pleases you.” A following volume may illuminate the Akkadian emperor’s plans.

A tale of a general’s perilous mission for those who like their fantasy severe and realistic.