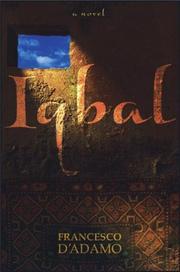 This profoundly moving story is all the more impressive because of its basis in fact. Although the story is fictionalized, its most harrowing aspects are true: “Today, more than two hundred million children between the ages of five and seventeen are ‘economically active’ in the world.” Iqbal Masih, a real boy, was murdered at age 13. His killers have never been found, but it’s believed that a cartel of ruthless people overseeing the carpet industry, the “Carpet Mafia,” killed him. The carpet business in Pakistan is the backdrop for the story of a young Pakistani girl in indentured servitude to a factory owner, who also “owned” the bonds of 14 children, indentured by their own families for sorely needed money. Fatima’s first-person narrative grips from the beginning and inspires with every increment of pride and resistance the defiant Iqbal instills in his fellow workers. Although he was murdered for his efforts, Iqbal’s life was not in vain; the accounts here of children who were liberated through his and activist adults’ efforts will move readers for years to come. (Fiction. 10-14)