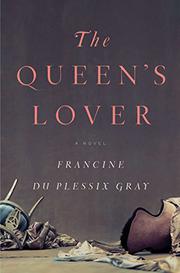 Du Plessix Gray attempts to fictionalize the love of Marie Antoinette’s life, without much success.

Axel von Fersen, a Swedish count, first meets the young Austrian princess Marie Antoinette, recently wed to the future king of France, at the Paris Opera. The handsome courtier and the graceful, sensitive dauphine instantly form a lifelong bond. Fersen, a diplomat and soldier, embarks with Lafayette’s armies to aid the American colonists in their revolutionary war, and his letters to his beloved sister Sophie detail these adventures. But eventually Fersen, after an exhausting grand tour in the service of Sweden’s flamboyant King Gustavus, reunites with Antoinette. The queen’s marriage, celibate for years due to a minor sexual dysfunction, is finally consummated and Antoinette is now a mother. As Louis XVI occupies himself with hunting and gluttony, Antoinette and Fersen tryst at her private lodge, Le Petit Trianon, and in secret quarters in the palace of Versailles. Soon, the revolt of the French populace ends this idyll. Fersen attempts to help the king and queen flee the revolution by smuggling the royal family out of Paris. Unfortunately, their escape is aborted, thanks in large part to the naiveté of Louis and the tardiness of Antoinette. As Fersen takes refuge in Belgium, the king and queen are held in progressively more restrictive settings until they are condemned to die. Although this is an absorbing and vivid exposé of the many missteps that led to the downfall of Louis and a sympathetic portrayal of the young queen and her noble endurance of the sadistic treatment that preceded her execution, it is not a novel. The narration, shared by Sophie and Fersen, hews too slavishly to events documented by contemporaneous accounts. All is summary; there are virtually no scenes imagining the characters’ lives; they never transcend their historically verifiable roles. Not even the last section, a grim recitation of Sweden’s own anti-royalist upheavals (leading to Fersen’s slaughter by an angry mob), realizes its dramatic potential.

An accurate but lifeless retelling.