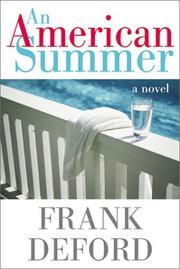 Upper-crust Baltimore in 1955 is the dynamic setting of Deford’s seventh (after The Other Adonis, 2001, etc.): an otherwise treacly coming-of-ager about a new boy in town who’s befriended by a wealthy neighbor in an iron lung.

For a time, Christy Bannister, 14, is the only child in the only house in Baltimore’s newest (possibly first) subdivision, having just moved that summer from Indiana with his dad, the new president of a local enameling factory. While trying to build a newspaper route, he saves a mutt from becoming roadkill and is rewarded by being welcomed into the social-register family that owns the mutt, the Slades. A quick friendship blooms between Christy and Kathryn, a beauty struck down by polio at age 17 and now in her mid-20s, who, in her portable iron lung, spends her days by the side of the pool her parents built for her. She makes Christy feel at home; he in turn makes her feel almost like a teenager again. Although she can move no more than her head, she secretly (by teaching him the brand-new butterfly stroke) grooms him to win the summer-ending swimming race, a medley for those 16 and under that’s to be held at the pool. The rest of Christy’s family arrives midsummer, including Big Sis Sue, at 17 pining for the heartthrob she left behind in Indiana but soon enamored of Eddie, the Yalie older brother of one of Christy’s poolmates, who is, in the local vernacular, “shoe.” Eddie drops his suave manner one moonlit night by the pool, however, obliging both Christy and Kathryn to come to Sue’s defense. But then Christy finds out that ol’ Pop went too far himself while the family was away—and grows up fast.

A story with an astute sense of the mores and tensions of a place. Unfortunately, the only really interesting characters are the bit players, seldom seen.