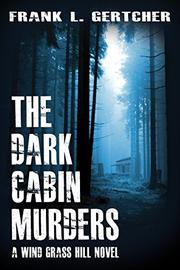 In mid-19th-century Indiana, good and evil spirits vie for the soul of an 11-year-old boy in Gertcher’s mystical debut novel.

On the outskirts of the tiny town of Maryville is a place of peaceful beauty called Wind Grass Hill, where a benevolent spirit resides. But lower down in the “lush valley” is Devil’s Dell, where evil waits to tempt those with unsavory predilections. Readers meet young Thomas Worthington in 1841 as he and his parents step off a riverboat in Terre Haute, Indiana. The elder Worthingtons are entertainers who supplement their income with con artistry. Josiah Hoffman, a wealthy merchant, overhears a riverboat crew member tell the couple never to return, which makes him suspicious. Thomas and Josiah’s grandson, James, briefly lock eyes; they’re destined to become lifelong friends. Two days later, the Worthingtons take a stagecoach out of town; the first stop is Maryville, where they decide to establish roots near Devil’s Dell. Next to the woods is an empty cabin, owned by a successful farmer named Adam Gibson; the Worthingtons become tenants there rent-free, in exchange for helping out at the local Methodist church. Soon the dell’s evil spirit, taking the form of a fierce wolf with golden eyes, aims to influence lonely Thomas. Gertcher’s narrative, which largely recounts the story of Thomas’ life, is an intriguing experiment in thematic and linguistic variety. A long early section, for example, traces the prehistoric geological history of the setting, and a lengthy middle section is devoted to Civil War battle details, as experienced by the older Thomas (now a soldier) and James (a doctor). Gertcher’s stylistic diversity encompasses well-honed prose, including multiple poems, which sometimes slow the plot, as well as ritualistic repetition when describing experiences in Devil’s Dell or on Wind Grass Hill. The latter choice works well the first few times, but it becomes wearisome toward the novel’s conclusion.

An imaginative morality tale about free will, crime, punishment, and the possibility of redemption.