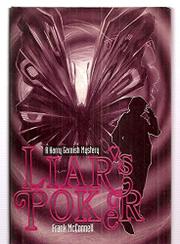 A barely coherent new case for Chicago's warmhearted, foulmouthed p.i. Harry Garnish (The Frog King, 1990, etc.), who works for sensible ex-nun Bridget O'Toole. Here, Professor Barry Browder of Northrop College wants them to investigate a religious group—the Sethians—headed by Father Steven Lee. Browder's wife has been giving them a lot of time and money, and Browder, up for a prestigious new job, wants no hitches. But what a can of worms is opened up with this seemingly routine assignment! Before it's over, Harry has been unfaithful to his dearly loved ex-prostitute housemate Janie; Father Steve is dead; so are Nancy and likable student Billy Donner. Meanwhile, there are illegal aliens; a prostitution ring; incest, insanity and corruption in high places. Through it all runs Harry's tedious, self-pitying, obscenity-ridden stream of thought, adding to the general confusion. An amiable, undisciplined hodgepodge. Time for Harry to clean up his act.