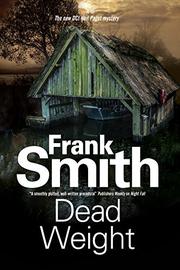 DCI Neil Paget (Night Fall, 2012, etc.) leads his team into an increasingly murky investigation of a matter that may not even be criminal.

MP Stephen Lorrimer and his wife, Julia, have been lucky to find a live-in nanny so devoted to their son. Michael was born with an unusual set of physical anomalies that have left him nearly blind and unable to speak,; it has been a challenge since his difficult birth left his mother hospitalized for weeks. Although Julia has failed utterly at bonding with Michael, Philippine-born Justine Delgado seems truly to love her difficult charge. Which is why it seems unfathomable that Justine should leave Simla House for Mass on Easter Sunday never to return, nor to leave any message for Michael’s bewildered parents. Paget’s star detectives, veteran DS John Tregalles and neophyte DS Molly Forsythe, can find no trace of Justine, who seems to have no interests other than to ensure her 5-year-old charge’s well-being. Well, almost none: a packet of contraceptives with one pill missing hints that there may be a man in Justine’s life. But her best friend, nurse Maria Navarro, has no clue who her suitor might be, and the odd assortment of health care professionals who make up Maria’s hectic household seem barely to know Justine exists. Since Justine is an adult who seems to have left the house under her own steam, there’s no sign that a crime’s been committed. It’s only a combination of luck, intuition, and persistence that helps Paget solve such a baffling case.

A bundle of loose ends dulls the impact of what begins as a brisk and unusual puzzler.