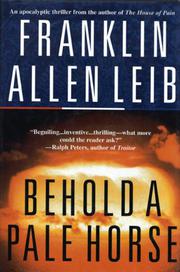 Smartly told thriller by Leib (The House of Pain, 1998) about a presidential assassination and the brilliance of the assassin hired to do the deed. We first meet Cobra, a South African, in the early ’60s, preparing to assassinate Castro—though he shoots the cigar out of leader’s mouth rather than kill him. Captured, he is sent to Washington to be the second shooter to the unknown primary one who will kill Kennedy in Dealey Plaza. From the grassy knoll, he sees the primary’s round go through the president’s throat, then he himself shots out Kennedy’s brain, drops his Italian rifle down a manhole, and escapes. But his fake passport is too shoddy to get him out of the country, so he joins the Marine Corps and is sent to Vietnam as a top sniper. After two years he’s taken prisoner by the North Vietnamese but eventually winds up in South Africa owning his own farm. Meanwhile, in the States, Rupert Justice Tolliver, a fundamentalist preacher whom Cobra met in Mexico City, is on his way to becoming president—and his wife, Clarissa, makes sure he wins. When Tolliver is elected and world events lead him into a naval standoff with the Russians over Cuba (recalling Kennedy and Krushchev eyeball to eyeball), it’s time to assassinate the President and get the world settled down again. So Cobra is hired once more, by whom he never knows. Despite its melodrama, strong on authenticity throughout, especially about the fine points of rifles and assassinations.