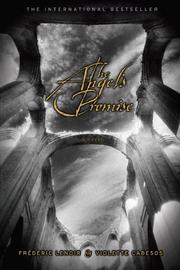 Theological thriller about a beautiful young archaeologist chasing a dream at Mont-Saint-Michel.

Johanna thinks of herself as a scientist—her credentials support that—but she is, as her colleagues suggest from time to time, rather off the wall in the matter of . . . the headless monk. He’s been her dream visitor for some 26 years, and it used to be that he scared the daylights out of her. Not anymore, her perspective having undergone a sudden shift, leading to a rosier view. Johanna and Headless connected first when, at the age of seven, her parents took her to see the famous church and abbey on that unlovely, rock-strewn isle off the French coast. Years later, once again at Mont-Saint-Michel, Johanna, brilliant medievalist that she is, begins to cobble together a scenario that will alter the direction of her life. Sketchy though the evidence may seem, it persuades Johanna that the dream figure is more than a dream, more than a ghost, less than human perhaps, but in some sense, real. Enter Brother Roman, a Benedictine monk who happens to have lived a thousand years ago. It’s he who has appeared to her, asking desperately for help, claims Johanna. You’re at war with your own unconscious, a skeptical lover insists, irritating her to no end. But to those who know her best, she seems obsessed at the very least—an obsession that has unhappy consequences, inciting some to violence and placing Johanna herself in a metaphysical pickle.

A bestseller in France and Spain, the publishers tell us, but the deluge of religious discourse is likely to swamp most US readers.