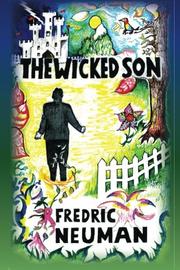 Dr. John Aster doesn’t give much credence to the apocalyptic ramblings of two sisters who show up in his office one afternoon. He’s a psychologist. They’re crazy. He orders them into treatment. That’s that. But it’s not: In retribution, the sisters transport Dr. Aster (whose name always appears in the book with his honorific, as a constant reminder that he represents the skeptical world of secular science) to Wendle, a world where people believe and experience far wilder things than ranting sisters. Readers will recognize bits of earthly religion in the vulgar, brutal world of Wendle; it’s far from flattering. There’s blind allegiance to puzzling religious texts, clannish violence and ritualized oppression of the lower classes—except it’s all darkly funny. Dr. Aster, who discovers he has some clumsy wizarding powers of his own, finds himself at the center of Wendle’s apocalyptic prophecy. Everyone, it seems, has a different idea of the role the doctor is supposed to play there: Is he to be the instrument of Wendle’s destruction or its savior? Or perhaps he’s meant to settle down on the side of an active volcano and raise a family? Most of the plot is set as an Odyssean journey through Wendle on the eve of its apocalypse, with the gentle, drunken, red-haired Pinzle and a sex-crazed princess tagging along as Dr. Aster’s Greek chorus. Each page finds the crew in a new, even crazier milieu; fast-forward a chapter and the plot has changed completely. The humor is dry and deadpan, deriving mostly from the Wendle-dwellers’ straight-faced acceptance of the absurdity that surrounds them. The framing conceit, however—the author, Neuman himself, has been driven crazy in the writing of his manuscript—adds very little to the story. The addled author is sympathetic by the end of his crazy book, but there’s no need for a transparent reminder that Wendle’s brand of madness is patently human.

This comic, intellectual fantasy is a quick read that inspires cringing and knee-slapping in equal measure.