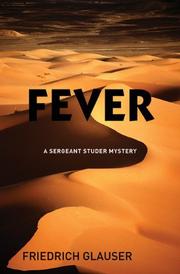 A pleasant meal at a Parisian bistro turns positively giddy for the imposing Studer, a German-born former Detective Inspector working his way back up the ranks since being busted after a scandal (In Matto’s Realm, Jan. 2006, etc.). The liberal drinking is interrupted by an exciting telegram telling him that he’s become a grandfather for the first time. When his host, Commissaire Madelin, asks Studer to accompany him to Basel on minor police business, the incurably curious Studer accepts. They’re joined by Father Matthias, a silky-voiced cleric who weaves a baroque tale of a clairvoyant colonel and a pair of women Matthias thinks are in danger. Indeed, two elderly women are found dead in their flats, both gassed, one in Bern and one in Basel. Local police are inclined to rule both deaths accidental, but not Studer, whose iconoclastic and sometimes paranoid probe spans the nation and stretches back a generation. The ensuing plot, like Studer’s life, favors the scenic route over tight logic and methodical analysis. Quirky characters abound. Studer dabbles in early fingerprint and fiber analysis, trades crime theories with his equally eccentric wife and nearly dies after being arrested in a massive misunderstanding.