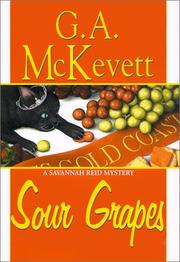 Given her steady diet of bacon double cheeseburgers punctuated by the occasional barbecued-rib blowout, it’s a wonder that transplanted magnolia blossom Savannah Reid (Sugar and Spite, 2000, etc.) is a mere 30 pounds overweight. Still, her extra heft endows her not only with a motherly wisdom that endears her to her cohorts—cheapskate Dirk Coulter, her ex-partner on the San Carmelita police force; her health-conscious assistant Tammy Hart; killingly handsome Ryan Stone, too-bad-he’s-gay ex-Fed; and his current partner, debonair John Gibson—but with a razor-sharp intuition that tells her instantly which of the svelte females who cross her radar screen are eating-disordered and which are simply nasty bitches. Neither gift, though, offers her even a whiff of success in her current assignment: providing security for the contestants in the Miss Gold Coast Beauty Pageant, held at the palatial Villa Rosa Winery owned by California senate hopeful Anthony Villa and his domineering wife Catherine. Not only does one contestant, obnoxious twit Barbie Matthews, get snuffed virtually under her nose, but a second, nice Francie Trent, is thrown to her death on her way to reveal to Savannah a vital clue to Barbie’s murder. (Youthful Francie’s untimely end does occasion Savannah enough grief to send her into a brief kissing spree with Dirk.) Now Savannah has a serious problem—how to catch a killer who may be zeroing in on the one contestant whose welfare really does concern her: her kid sister Atlanta.

Pat characterizations and shallow plotting make for a mix as indigestible as Savannah’s cuisine.