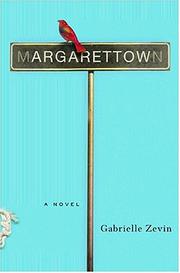 At first, it seems this is going to be another tale of a young intellectual’s obsessive romance with a slightly younger and much crazier, if fascinating, woman—Sterile Cuckoo for a new generation—but, happily, it becomes something even stranger. “N,” a teaching assistant in philosophy at a nameless university, falls for Margaret Towne when he comes to her dorm room to find out why she has yet to attend a class. She says she feels tired, “like I haven’t slept in years and years,” and then says that N., too, looks tired—would he like to sleep there? N. wakes the next day thoroughly besotted with the mercurial Margaret, who seems to drift through life motivated by shadowy inner urges and with a whole closet full of secrets that N. spends the rest of the time trying to parse out. This fractured love story, it soon turns out, is being written as a letter by a sick and dying N. to his young daughter, so she can learn about her parents. The central question—who is it that N. actually loves?—is raised when, not long after their relationship has begun, Margaret takes N. to meet her family in, yes, Margarettown. Just how far the story departs from reality isn’t clear, though once N. meets the family, we know that something is different. There’s happy young May, surly teenager Mia, bitter and middle-aged Marge, and the self-explanatory Old Margaret, all seeming to resemble a certain love of N.’s, though at different periods in her life. Newcomer Zevin, who will publish a YA novel in the fall, takes this scenario and runs with it, though gently, never working overly hard to push her characters into emotional extremis but allowing N. and Margaret to muddle pleasantly through their baffling life, chasing after the idea of what it means to be in love with one person (do you love all of them? or just one?).

A droll piece of romantic whimsy, with an unexpected resonance.