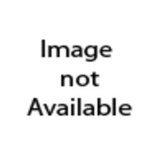 About the only people controversial artist Sally Love hasn't offended by her Erotobiography exhibit in Saskatoon's Mendel Gallery- -aside from Clea Poole, loyal manager of Sally's womanswork gallery- -are her outsized mother Nina; her husband, gallery director Stuart Lachlan; her grizzled former lover Izaak Levin; and her childhood friend Joanne Kilbourn, recently returned to teach at the university- -and these are exactly the people who become the main suspects when Clea is killed shortly after Sally announces that she's sold womanswork. There's more violence ahead, most of it deeply felt. Though you'll probably stay one step ahead of Jo and the police in plumbing the small cast's dark secrets, Bowen unfolds her familiar intrigues with a real sense of tragedy and compassion: these really are secrets to die for. A superior debut.