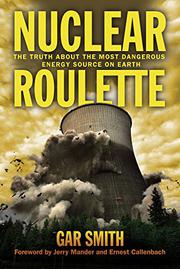 The Truth About the Most Dangerous Energy Source on Earth

An impassioned case against the use of nuclear power.

In his debut, Earth Island Journal editor emeritus Smith gathers together several arguments against nuclear power into a concise yet detailed package. He forcefully asserts that nuclear power plants are not only unsafe—with severe accidents at nuclear plants in the United States, Russia and Japan serving to “illustrate the ultimate insanity of the nuclear option”—but also polluting, costly and inefficient. He gives several examples of nuclear-plant and government officials downplaying potentially serious risks to the public, and in a compelling chapter, enumerates the failings of what he calls “five of the worst U.S. reactors.” He examines a host of health and safety issues at plants all over the country, including the much-criticized Indian Point plant north of New York City. Smith concludes with several recommendations for alternatives, advocating for heightened energy efficiency and renewable energy sources such as wind, solar and geothermal power. The author comes at his subject from an environmentalist point of view, with an explicit desire to “pull the plug on this dangerous technology,” and some readers may be skeptical of his concluding vision of a “sustainable compassion economy.” Many of the arguments will also be familiar to veterans of the nuclear-power debate. Nonetheless, Smith lays out an impressively researched narrative, drawing on facts from a wide range of sources, and makes a strong case that will be hard for even nuclear-power advocates to dismiss out of hand. For casual readers, the book presents a well-written introduction to the anti-nuclear-power position.