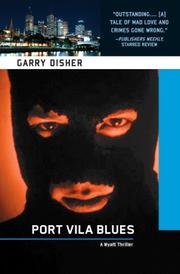 Dirty doings Down Under as Australian superthief Wyatt (Wyatt, 2011, etc.) returns to steal something he wishes he hadn’t.

He’s endlessly cool, enormously competent, a man who notices everything. But the eternal verities of Wyatt’s larcenous world are shifting. Cops, for instance, can no longer be depended upon to be the honest plods that made them predictable adversaries. Robbers, fences and pretty women are developing unforeseeable vagaries. Most troubling of all, however, is the dereliction of Frank Jardine, Wyatt’s old friend and job-planner. Jardine and Wyatt had had a good thing going, but suddenly Jardine’s not what he once was, and as a result, Wyatt’s life has become less comfortable. Consulting the floor plans Jardine has supplied to a plush Sydney mansion points him unerringly to the safe he intends to loot of $50,000, split down the middle between Jardine and himself. He finds the safe with no problem. It’s what he finds in addition, without any caveat from Jardine, that turns out to be a problem. The diamond-encrusted butterfly is gorgeous, and Wyatt unhesitatingly adds it to his bag of swag. What he doesn’t know, what he feels he should have been warned about, is that the butterfly has already been stolen. And that numerous hard guys will kill to get it back.

To Disher’s usual brisk pacing, add heaps of noir. The result is not for everyone but is a banquet for those who like it uncut and unsparing.