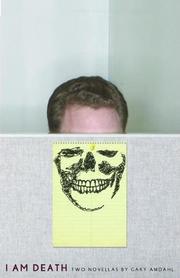 The first novella, “I Am Death, or, Bartleby the Mobster,” introduces us to a journalist named Jack, author of a monthly column called The Meaning of Life. Jack is contacted by George Swanson, a lawyer for brutal mobster Frank Fini. It seems that Fini, in a spasm of consciousness about his own dwindling mortality, wants Jack to ghostwrite Fini’s memoirs, to be called A Boy’s First Book of Mobsters. Jack is convinced he can write “not…some mock-sophisticated infotainment for a global media empire, but rather a very great and timeless book.” Meanwhile, Swanson speaks as though he’s ingested Sam Fuller movies (“Look, do us a favor and yourself one in the process and don’t get wise, all right?”), and, except for chain-smoking, Fini remains in a state of almost perpetual catatonia. “Peasants,” the second and longer novella, introduces us to the hapless Walter Rasmussen, currently in a state of ill health because of various petty betrayals and office politics involving a project he’s trying to run for the World Summit for Sustainable Development. Amdahl is not so much interested in the project itself as in how it brings out conflict in the strange and non-adaptive personalities involved with it. These include Cage (named after the avant-garde composer), who “wore his hair long and his beard full because, he said, that was what men looked like in nature,” and Jessica, to whom Rasmussen feels attracted but who’s turned off by her “shriek[ing] and wail[ing]” at a Jimmy Buffett concert “like men who have won ATVs on game shows.”

Two narratives of frustrated possibility, offering an awareness of the brutal indifference of modern life.