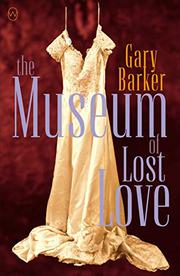 THE MUSEUM OF LOST LOVE

The past haunts the present in this fragmented novel about young men and women trying to recapture lost relationships.

The book takes its title from an actual museum in Zagreb that collects letters, photos, videos, and other materials that document broken relationships. While visiting the museum, Goran, a Serbian native of Sarajevo now living in Chicago, discovers a tender letter about him from Nikoleta, a Muslim girl with whom he had a short but intense teenage fling in a transit camp before setting off for America with his mother and brother. Katia, Goran's current girlfriend, urges him to find Nikoleta—just as he has urged Katia to find her relatives in Brazil, where she was adopted as a newborn by an American family after her mother was killed in gang violence. Then there's Tyler, a Texas policeman traumatized by his tours of duty in Afghanistan, whose long-vanished ex-girlfriend shows up on his doorstep, deposits the 4-year-old son he never knew he had, and disappears again. Bound by coincidence (Katia is Tyler's trauma counselor), these interconnected stories are both achingly affecting and archly realistic: "The normal state of lovers, of couples, is not together." There is one drawback: Barker's decision to punctuate the narrative with museum submissions from around the world works well in the early going, but as the main stories gain momentum and emotional power, that tactic becomes distracting. The book doesn't need the sampling to attain universal meaning.

A moving book about young survivors of armed—and especially unarmed—conflict.