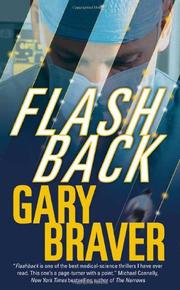 Man gets stung by rare jellyfish, then sucked into a pharmaceutical conspiracy—ah, modern medicine.

This medical thriller involving the search for an Alzheimer’s cure opens with Jack Koryan, who goes for a swim and ends up getting attacked by a mass of jellyfish whose venom leaves him in a coma. At the same time, pharmacologist René Ballard comes across an odd incident involving one of the rest homes under her supervision: A 70-year-old Alzheimer’s patient suddenly gains the steadiness of mind to escape, only to go berserk in a pharmacy and stab an employee to death, thinking he was a tormentor from her childhood. René finds out that the woman was actually part of a clinical trial for Memorine, a new drug that appears to have the ability to cure people of Alzheimer’s. The only problem is that the company running the trial is doing everything it can to keep details of its experiments secret, since one of the side effects of Memorine is that, though patients regain their memory, they often get stuck in flashbacks and nightmarish episodes from their past that result in complete dementia. As happens in such books, the company pushing Memorine will go to any length to keep these side effects secret. Braver (Gray Matter, 2002, etc.) has written an efficient thriller, but he too slavishly follows the conventions of the genre for there to be any real suspense. The science involved is often fascinating, but the characters seem like they could have come from abybody’s work.

Another promising premise scuttled by the need for manufactured thrills.