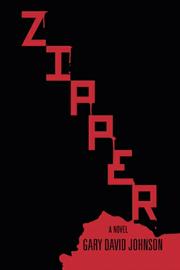 From poet Johnson (Head Trauma, 2006) comes a thriller that sets a California family in the path of an eccentric criminal.
Zipper loves astronomy and Shakespeare, and he’s named after the scar running down his face. It’s 1997, and we meet him and fellow petty crook Angel robbing a convenience store in Nebraska. Eventually, Angel begins running his mouth about a perfect (flop) house in the legendarily rustic area of California called Topanga Canyon. Zipper, hoping to retire somewhere quiet soon, begins plotting a cross-country trip. In Topanga Canyon, meanwhile, are Chuck and Julie Hargrove, new owners of the very property that Angel described. They’ve renovated most of the gigantic home, set far back from the road and surrounded by countryside, and started clearing the junk-filled basement. When they find a corpse, however, the Hargroves realize that the property has a long, seedy history. Zipper learns that the Hargroves have moved in, and he recruits Loosh, a man who’s familiar with the house, to help rob it. Before the job, Angel warns Loosh that Zipper is crazy but has rules; one of them is No Killing. Will this newly hired gun help Zipper grab one last big score? Author Johnson surrounds readers in a rich, historically vibrant atmosphere by invoking famous murderer Charles Manson and offering deadpan lines; e.g., “If you refused to live in an area where a notorious murder had taken place, you’d have to get out of Southern California altogether.” His characters are wonderfully drawn, if familiar (Julie, the housewife; Angel, the bumbling partner), and we learn early that Zipper is unpredictable, especially when it comes to breaking his own rules; he kills a man, and his “neck opened like a giant second mouth, looking as if it were about to scream.” But Johnson squanders most of the tension he builds; traveling to California, Zipper and Angel pass through Las Vegas and bicker endlessly; later, a sexual encounter changes the narrative from thrilling to desperate-for-our-attention. Less would have been more, overall.
An evocative—but sometimes-overdone—debut thriller.