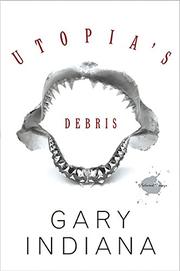 Previously published essays by novelist, playwright and cultural critic Indiana (The Schwarzenegger Syndrome: Politics and Celebrity in the Age of Contempt, 2005, etc.).

“In a dauntingly, often viciously anti-intellectual society, [Susan] Sontag made being an intellectual attractive,” the author writes in a 2004 obituary to his late friend. Much the same could be said of Indiana, who seems to take perverse pleasure in sectioning the underbellies of the world’s most sacred cows. None escape his scandalous, sobering, satirical pen in this new collection, which ranges from a biting lampoon of Arnold Schwarzenegger’s gubernatorial win and a review of the film Brokeback Mountain to a critical homage to Louis-Ferdinand Céline. As the writer explains in the preface, “We live in the wreckage of a century I lived through the second half of, a century of false messiahs, twisted ideologies, shipwrecked hopes, pathetic answers.” With this precursor, readers see the author critically sifting through that wreckage in an attempt to make sense of turn-of-the-century bedlam. Whether dissecting America’s increasingly narcissistic consumer culture or surveying the landscape of post-9/11 sensibilities, Indiana injects much of his own personality into his work, often contradicting his seemingly nihilistic point of view with a subtle if intense concern for humanity and for his readers. Unlike Let It Bleed (1995), an early roundup, this collection is heavier on analysis, lighter on the first-person and more intense in its urgency. Indiana’s thorough and balanced research coagulates into a convincing argument that the ills of the world are not natural occurrences like glaciation; there is accountability, and these people are responsible.

A polychrome pastiche that soars with delicious insights.