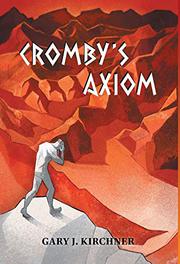 In a future world where almost all of humanity is mentally connected by a universal, digital mind/internet, a famous athlete suddenly becomes unlinked and a captive of free-thinking rebels.

Kirchner’s debut SF novel envisions the year 2084. Following a war in which 2 billion people died, humanity adopted the pseudo-utopian solution of universal connectivity to the “Hive” via neural implants. Now, a placid, highly regulated global community of rather shallow citizens enjoys distractions of instant information, entertainment, gossip, sports, and social media. Meanwhile, the surveillance state, aka “Mother,” ruthlessly patrols their thoughts and quietly eliminates any troubling dissent or forbidden subjects (like religion or paperback books). Tommy Pierre Antigakamac—alias “Teepee,” in reference to his Canadian First Nations ancestry—star of American-style football, is one of the Hive’s most avidly followed celebrities. But while indulging in his elitist privilege of hiking and adventuring unattended in the Swiss hinterlands, he becomes disconnected from the Hive. Truly alone for the first time, the athlete is captured by a band of “Ketchen,” off-grid dwellers. At first, the hero is disgusted by their primitive ways and taboo offline ideas, but with time and the hosts’ patient hospitality, Teepee starts to revel in the privileges of privacy and freedom of thought, and he too comes to hate Mother and the dictatorship. Then the rebels invent a method to sabotage the all-seeing Hive, reliant on Teepee’s superior speed and timing. But something isn’t quite right. Readers should spot fairly easily the takeoff on George Orwell’s Nineteen Eighty-Four (a shoutout to Ray Bradbury also conjures that writer’s dystopias). Indeed, much of the engaging story settles into confined debates-cum–brainwash sessions (à laWinston Smith versus O’Brien in Orwell’s classic). These discussions focus on the Hive’s insidious methodology and, at least to the ostensible, surprisingly sympathetic villain of the tale, why such a society became necessary, and perhaps even inevitable, for Earth’s survival. But will the much-abused Teepee carry out the system’s destruction, will he escape somewhere else, or will he repent and learn to love Big Mother? With a brief page count and consistent intelligence, Kirchner’s novel may not reinvent the dystopian future cautionary tale, but it renders an effective update/upgrade for the age of the smartphone. His portrayal of a surveillance state is as disquieting as Orwell’s vision in the analog era.

An engrossing and disturbing glimpse into a digital totalitarian future.