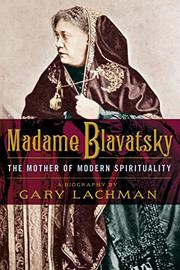 The Mother of Modern Spirituality

A glimpse into the foggy biography of the mother of modern spiritualism.

Former Blondie member and prolific writer Lachman (The Quest for Hermes Trismegistus, 2011, etc.) attempts to pin down the nearly impenetrable life story of Helena Petrovna Blavatsky (often referred to as HPB), a 19th-century Russian best known as the founder of a mystical practice she called Theosophy. In the author’s view, “anyone who meditates, or considers himself a Buddhist, or is interested in reincarnation, or has thought about karma” owes a debt to HPB. After a childhood filled with creaky manors and imaginary friends, Blavatsky was propelled by her interest in the occult into a life of travel that led her throughout Europe, Asia and the United States. Upon her arrival in New York in 1873, she befriended journalist and Civil War veteran Henry Olcott; the pair founded the Theosophical Society, an organization committed to furthering their studies in religion and the occult. Despite Lachman’s extensive research on HPB’s life and accomplishments, he struggles to make sense of this “profoundly contradictory character.” Confirmable biographical information is scant, and readers are left with more speculations than conclusions. Occasionally, Lachman apologizes for the convoluted narrative (“if the reader feels a bit dizzy after all this, I can’t blame him”), yet the book’s complexities are more the result of HPB’s own mythmaking than any major authorial shortcomings. Near the conclusion, the author alludes to his frustration with HPB’s highly interpretive accounts of her history and provides what closure he can. “Although practically nothing about her life is certain,” he writes, “one thing is for sure: the world is a far less interesting place without her.”

Dense and exhaustive, a valiant attempt to capture the essence of a life that defies simple retelling.