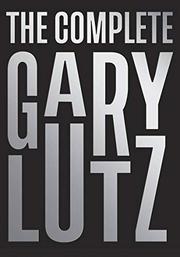 A writer’s writer gets his due in a welcome gathering of short fictions from three decades.

“If you are looking for story and plot, you have come to the wrong place.” So writes Brian Evenson in his foreword to this omnibus collection of stories by Lutz (Assisted Living, 2017, etc.), gathering five published volumes and a few unpublished pieces. Evenson is right: Not much happens inside a Lutz story save for some neatly written sentences with, more often than not, some strange non sequitur at their heart: “After lunch, in the undemanding dark of a movie theater where he goggled at some stabby, Roman-numeralled sequel, I would plug my ears and loot my own heart.” Most of Lutz’s stories seem more prose poems than traditional yarns with beginnings, middles, and ends. His characters tend to be divorced or on the way to divorce (“Then came nights when, lying awake beside my final wife, I would spend too much time putting my finger on what was wrong. I was wearing the finger out.”). Their time is invested in the ordinary—in the opening story, a man makes love without much conviction, anticipating the “accurate parting of the ways,” then goes to a diner, gets himself inky with a newspaper, and goes to a washroom with a door worthy of Kafka’s Castle. That story is called “Sororally,” which reflects Lutz’s liking of arcane words, glittering in his prose like emeralds in a streambed. Sometimes he lets out a quiet joke—“there are two types of people,” he writes, adding: “Just don’t ask me where they live"—and sometimes he invites a question without answering it, as with a fellow who has found a “new way to cheat on his wife” with no confirming details. Sometimes he accomplishes all this in just a couple of paragraphs, more often just a few pages, though the book is a sturdy volume that proves his aside, “A lot of toner has gone into all I have done."

A pleasure for fans of postmodern fiction.