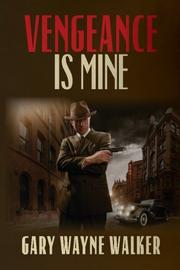 An innocent man ventures into the underworld of the mob in this tangled web of heartache, secrets and betrayal.

Anna Petrocelli, the heroine in Walker’s debut suspense novel, is no stranger to abuse. But after a stranger requests her as his waitress at the Red Lantern, Anna is shocked by the invective—and hamburger—he flings at her. Frightened and shaken, she slinks home, sure that her husband (a man with his own threatening temper) is out of town, but she discovers him in bed with another woman. A series of shots rings out, her husband is killed, and Anna pleads guilty to the police. Her small world widens when Everett Taylor, a successful lawyer with polio, takes her case. Himself no stranger to abuse, having had a temperamental father and a hypercritical mother-in-law, Taylor takes an instant liking to Anna, insisting on taking her case despite his wife’s misgivings. However, Everett soon learns that Anna’s trial is much more dangerous than an isolated domestic flare-up; her husband, Pete, was entrenched in a Mafia underworld led by Mickey Cohen, a ruthless, violent man, and Everett soon suspects that Anna is the real intended victim in a vicious game of cat and mouse. As he unearths more and more of the surrounding details, Everett’s personal life begins to crumble: An act of charity comes to light as a scam, scandalizing his family, and Everett’s fragile health takes a turn for the worse. This layered story offers not only suspense and surprise, but also insight into the human condition. As Everett battles his, and Anna’s, demons, readers will be swept into the unfolding intrigue. Haunted by his own past, Everett is a noble hero, and his quest for justice has a convincing urgency as he tries to correct what was in order to save what can be.

A dark, complex tale of a man’s mission to save a client—and himself.

THE GODFATHER
by Mario Puzo
Fiction