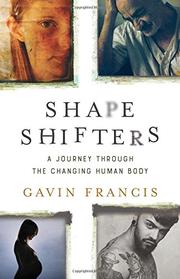 A Journey Through the Changing Human Body

A physician/writer celebrates the dynamism and transformation of the human body and life.

Francis (Adventures in Human Being: A Grand Tour from the Cranium to the Calcaneum, 2015, etc.), who regularly contributes to the London Review of Books and the Guardian, brings well-honed knowledge to these short chapters on the perpetual metamorphosis of the human body. What makes the book fun to read is not only the author’s limpid anecdotes, but also his abiding marvel at the body’s endless expressions. Francis ranges freely and skillfully from the strange to the elemental, such as pregnancy, “a primitive reminder that [the body’s] changes are often beyond control; that bodies have their own rhythms, waypoints and fixed destinations.” The author also explores the body’s acts: sleep, for example, during which vital cerebral hygiene is at stake, and dreaming, which tends to our restless minds and “transforms our fear, shame and dark ambitions into…narratives.” Francis is clearly drawn to curiosities, but he never makes them seem freakish—nor is he judgmental, but rather colorfully frank: Think steroids are the only road to a fine physique? Consider the risks of diabetes, infertility, depression, uncontainable bouts of rage, and wicked acne. These chapters can easily be read as stand-alones—the chapter on jetlag is followed by one on ancient and modern bone-setting techniques—but it’s also satisfying to binge-read a number of them at once. While it might be disappointing to read that “we don’t have much idea as to why we laugh”; appalling to consider that late-19th-century Vatican officials were still castrating young boys for its choir; and infuriating to read that the return of tuberculosis is a direct result of poverty, as are so many other maladies, Francis always makes you think.