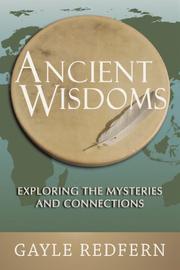 Exploring the Mysteries and Connections

In Redfern’s encyclopedic second book, she looks to the lessons modern civilization should learn from ancient, indigenous cultures.

There’s a little bit of everything in this book: the Maya calendar and 2012, Atlantis, Native mysticism, galactic pseudoscience, shamans, dimensional jumps, and spirit guides who speak through the author. Redfern’s basic message is that modern humanity must return to the geocentric, brotherly values of indigenous cultures. To prove that ancient cultures across the continents and over the millennia had the same basic philosophy, Redfern chops her book into small chapters about each culture. The Hopi get a few pages; ancient people in Norway, Colombia and Alaska each have a chapter; African tribes have their own section. Redfern wants to convey similarities in religion, customs and even language. Ancient people held these beliefs; therefore, modern people should also hold these beliefs. The problem is in the book’s structure and writing, which can feel like a collection of pamphlets, rather than a coherent argument. Certain aspects of Redfern’s sketches of native cultures are interesting, but the connections she draws between tribes are not powerful enough to sustain an entire book. Redfern is also not a trained anthropologist, and even though there are footnotes in the book, some of her claims about the similarities between cultures separated by oceans and centuries are hard to swallow. Take her point about the term “Masma.” According to Redfern, “Masma” was both the name of a tribe of pre-Columbian Peruvians, and also the name that Romans gave to an African tribe. Redfern claims, “This indicates a connection between these cultures,” which could be explained by ancient travel, or a common originating civilization. The logic isn’t sound. First of all, the word “Masma” is spelled using western characters, which would have been unavailable to Peruvians, Africans or Romans. If the same word, or two words that sound similar, are actually used to describe these two cultures, then that would seem more like a translation error than divine intervention. Redfern doesn’t bolster her case when she repeatedly mentions her “spirit friends” who channel information to her. An additional problem is the tangled, tortuous sentences: “The Ancients remind us of the importance of applying peace and love in personal living before communities cooperate.” This sentence represents her overall thesis, but it takes too much effort for the reader to untangle its meaning.