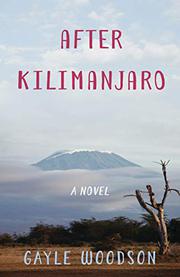 A physician from Philadelphia experiences a new life in Africa in Woodson’s (Adios Amarillo, 2018, etc.) novel.

Young doctor Sarah Whitaker is as naïve about love as she is idealistic about medicine. She’s engaged to a physician named David, who’s the only boyfriend she’s ever had. In their nearly six years together, he’s often been the decision-maker in the relationship. They prepare to go to Africa so that David can work on a malaria vaccine project, but then the funding evaporates. “We’ll just have to wait to go to Africa…someday when we’re rich doctors,” he says. That triggers hidden mettle in Sarah, who decides to go overseas now—with or without him. She’s already accepted a scholarship to research maternal mortality in childbirth, a scourge in sub-Saharan Africa, and she feels duty-bound to keep her word. When she gets there, she begins to wonder whether her shifting feelings about David provided the real motivation for her to go. The vivid portrayals of the African landscape read like a travelogue, and the operating scenes are graphically realistic (Woodson is a throat surgeon). As one point, a disfigured patient is described as “a Picasso portrait—as if some tectonic rift had shifted the halves of her face.” Sarah delivers babies under conditions that would rattle a very experienced obstetrician, which she is not; she also encounters a black mamba, which is described as the deadliest snake in Africa, and she even contracts red-eye fever. She also connects with Pieter Meijer, a Dutch anesthesiologist, who causes her to question her devotion to David. Not until the final pages does the word “after” in the book’s title make sense: It’s less about Sarah’s time in Africa than about who she’s become after she leaves.

An engagingly written story of a woman’s transformation that’s begging for a sequel.