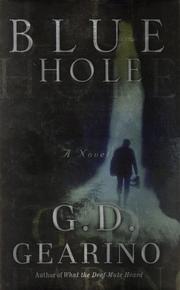 Set in small-town Georgia circa 1969, this exercise in leisurely front-porch storytelling from Gearino (What the Deaf-Mute Heard, 1995, etc.) casts its lot with character over action. Seventeen-year-old Charley Selkirk is at loose ends. Defending a black football player who’s being tormented, Charley coldcocks the star quarterback of his high-school team. The result? He’s kicked out of school just before graduation, abandoned by his sexy girlfriend, ostracized by his community. A chance meeting with Tallasee Tynan, the young, widowed owner of a photography studio, nets him a part-time job, and he inadvertently becomes involved in the search for a teenaged boy who has disappeared from a nearby hippie commune. Gearino’s strong suit is development of character. We learn, in detail so rich as sometimes to be excruciating, the histories of Charlie, Tallasee, and Lucas, a disturbed Vietnam vet they meet at the commune who becomes the chief suspect in the disappearance. Each has a dark secret in his or her past: Charlie’s young brother drowned while nine-year-old Charlie was supposedly supervising him; Tallasee was married to a rock singer who couldn—t accept failure and drove his car into a canyon while drunk; and Lucas feels responsible for the death of a Vietnamese urchin he befriended while in the army. Charlie’s mother also has a dark secret that, though easy to guess, isn—t revealed till the end. How each of these people deals—or doesn—t—with the past is the focus here, with the mystery relegated to a distant second. Meanwhile, the period detail is believable, but the story closes with too many rambling explanations, an unnecessarily large number of i’s dotted and t’s crossed. Will appeal to readers willing to forego action and suspense in order to delve into the psyches of complex and admittedly endearing characters.