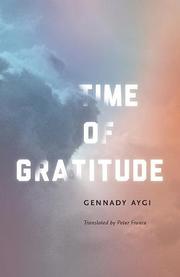 Warmth and passion infuse a collection of poetry and prose.

The national poet of Chuvashia, “a remote non-Russian republic nearly 500 miles to the east of Moscow,” Aygi (1934-2006) left the region to study at the Gorky Literary Institute and, encouraged by his mentor Boris Pasternak, began to write in Russian rather than his native Turkic. “Only writing in Russian will allow you to articulate fully everything that is happening within you,” Pasternak told him. That decision changed the course of Aygi’s career, making him accessible to a vastly larger—and international—readership. France, Aygi’s longtime translator and friend, has collected 23 brief memoirs, interviews, poems, and sketches to reveal the poet’s aesthetic inspirations and affinities. A helpful introduction contextualizes the pieces and identifies poets—e.g., Velimir Khlebnikov and Aleksey Kruchonykh—likely to be unfamiliar to most readers. The volume opens with an homage to Pasternak, written after the writer’s death and more than three decades after his meeting with Aygi. The younger poet was awestruck by a man he worshipped as “the older Friend, the Teacher, the unparalleled Interlocutor.” They discussed creativity, craft, literature, and the nature of existence. Pasternak, Aygi said, was capable of being enchanted “by all kinds of things and at any moment: a falling leaf, a child he met when out walking.” The miracle of creation, he told Aygi, surrounds us: “When you read a text, you are communicating not with letters but with the spirit of the author.” Just as the writer Vladimir Mayakovsky had led him to Pasternak, through Pasternak, Aygi discovered Baudelaire, Nietzsche, Kierkegaard, Kafka (a name “sacred to me”), and Max Jacob. Aygi pays homage to several of these writers and others, including the Swedish poet Tomas Tranströmer and French poet René Char. Among avant-garde artists whose work Aygi knew well, Kazimir Malevich receives great adoration.

A well-chosen introduction to the artistic and spiritual forces that shaped a poet.