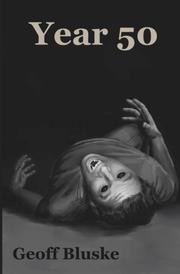 It’s been 50 years since meteorites landed on Earth and released alien parasites that killed most of the population. The organisms take the form of a black oily substance that inhabits human bodies and changes them, making the bodies stronger, faster and able to inject the substance into new victims. Some call these new creatures Zombies, Ghouls or Husks, “but no term seemed as fitting as Puppets.” Indeed, when humans manage to kill them, they call it “cutting their strings.” Bands of human survivors live in guarded forts and send out trained, fit Scavengers into The Wild. On a mission to find rare pharmaceutical supplies, teenage sisters Calypso and Freya and their companions discover that Puppets are mutating; the new versions are stronger, faster, heal more quickly and have more acute senses. Things look bleak for humanity, but soon, the Scavengers recruit Sara, a doctor from a nearby fort, who thinks that a cure for the parasites might be possible. Meanwhile, Freya explores her attraction to fellow Scavenger Selene, and Calypso fights her post-traumatic stress disorder, as the novel sets the stage for a decisive showdown in a planned sequel, Year 51. In his debut, Bluske works hard to make his scenario (mostly) plausible, internally consistent and spooky. As in the 2002 movie 28 Days Later, the creatures aren’t the shuffling zombies of old, but fast and strong adversaries. The novel closely describes its many fight scenes, which will particularly appeal to readers who enjoy details of weaponry, ballistics and battle tactics. However, although these scenes are well-realized, they eventually start to pile up without advancing the plot; eventually, readers may be disappointed to learn that they’ll have to wait for many answers. Other scenes, however, such as a discovery of mass suicide, will make readers wonder at how 50 years of mortal danger has toughened, and sometimes calloused, humankind.

An engaging, if overstuffed, addition to the zombie-apocalypse genre.