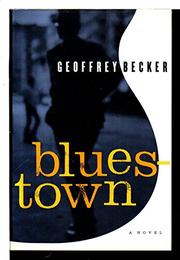 A marvelous first novel about growing up confused and trying to adjust to the imperfections of people who are supposed to know better (like your parents), from the author of the story collection Dangerous Men (1995—not reviewed). This is the story, told in his own ruefully funny voice, of Spencer Markus, a disconnected young Brooklynite whose adult life seems compounded of romantic disappointment, job insecurity, and variously addled relations with his vagrant father ``Spider,'' an itinerant rock-and-roll musician (a.k.a. ``Spiderman Dan'') who weaves unannounced and unpredictably in and out of Spencer's life. Becker's beautifully controlled plot gets off to a fast start with Spencer remembering a trip he almost took with his father to Canada, then noodles along agreeably chronicling this unheroic hero's misadventures working as a Customer Service rep for a blandly dishonest musical ``effects'' business (Mutronics), his injury during a peculiar outbreak of labor-union violence, and his rocky reunion with an old high-school girlfriend and her deeply neurotic dog Toby. Everybody here (including Toby) has a vividly distinctive personality, and Becker keeps coming up with amusing particulars. Spencer's patient correspondence with Mutronics' outraged customers (i.e., victims) is hilarious—and is skillfully used to nudge the novel toward its surprising, and moving, conclusion. Among the tale's irresistible details are a thumbnail portrait of Spencer's distracted grandmother (whose ``frequent conversations with her late husband . . . left the rest of us sitting in polite silence''), a baby's crib ingeniously fashioned from a speaker cabinet, and a band made up of law students calling itself the Pop Torts. Best of all, there's the characterization of Spencer's well-meaning, terminally screwed-up father, whose message to his kid memorably resounds over his, and the novel's, salutary craziness: ``Sometimes you have to take things to the extreme. . . . Out on the edges . . . that's where the good stuff is.'' A superlative debut, from a writer of very great promise. (Author tour)