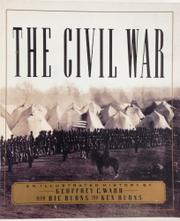 THE CIVIL WAR: An Illustrated History

A visually sumptuous companion volume to a nine-part PBS documentary miniseries that will premiere this September. ""Our intention,"" write Ric Burns and Ken Burns in the introduction, ""has been to put an arm around the whole war, to embrace happenings large and small, to convey the drama of epochal events alongside the color and life that lay in minute details and daily happenings."" in admirable fulfillment of this goal, this feast for the eye features more than 500 color and b&w photographs, engravings, and paintings, many never before published. Yet those who can pass beyond the pictorial delights will be rewarded by a sparkling narrative written by former American Heritage editor Ward (the award-winning FDR biography, A First-Class Temperament, 1989). Seeking to evoke the hearts-and-minds feelings of the nation, the book also quotes liberally from ""hundreds of . . . men and women whose lives were touched or destroyed or permanently changed by the war."" Numerous sidebars throughout highlight such topics as prisons, songs, the daily life of soldiers, the war's effect on technology, even the poignant 50th anniversary reunion at Gettysburg. Civil War authorities Don Fehrenbacker, Barbara J. Fields, James M. McPherson, and C. Vann Woodward contribute insightful essays on the causes of the war, emancipation, the 1864 election, and the war's effect on American identity, while Shelby Foote offers more rambling, yet fascinating, opinions in an interview with the authors. While this photographic history won't replace William C. Davis' six-volume The Image of War in the heart of the wallet-deep Civil War devotee, its one-volume format makes it a must for anyone else desiring a handsome, readable coffeetable volume on America's ""defining"" war.