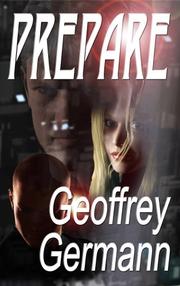 Germann’s debut sci-fi tale of a crusader (sans cape) who saves the city from an ultraviolent, drug-fueled crime wave blends cutting-edge biotechnology with plot points ripped straight from the headlines.

Germann’s novel draws deeply on the author’s background in technology and corporate culture, setting a suitably dark tone in a deadpan prologue reminiscent of the pseudo-anthropological conclusion of Atwood’s dystopian classic, The Handmaid’s Tale. He briefly summarizes the development of micro-engineering and the role it played during the “the early 21st century” when the crime rate in the Los Angeles basin mysteriously dropped. Set mostly in The Orchard—the gangland battlefield of a decaying neighborhood surrounding Mercy Hospital—the story unfurls as near Matrix-like action scenes slowly reveal the backstory of “the stranger,” a mysterious crime fighter with superhuman abilities; think Batman with nifty nanotech gear and an enviable Fortune 500 portfolio. These sequences blend with sweetly romantic interludes featuring whiz-kid Darren Kiel and his bewildered beloved, ER nurse Corrine Daniels. When not saving little old ladies from muggers and kicking gangland butt, Darren is busy minting money at his biotech development firm with his partner, Adam, or visiting his corrupt father in prison. That’s how it all begins for future action-adventure hero Darren: Pop’s example of how not to be a good citizen is, it seems, what inspired the rich genius to fight the good fight. The book is understandably comic-bookish in its portentous style, although the author slyly undercuts the prose with self-aware, dry humor and offbeat social commentary. The novel may be a tad overlong, but the author’s skillful manipulations of such a familiar formula make this novel imminently readable. Even the obligatory conspiracy theory—largely embodied by the shadowy Walter Rocaena—adds to the cartoonish fun. Then the hero moves on to the next hotspot—and likely a sequel.