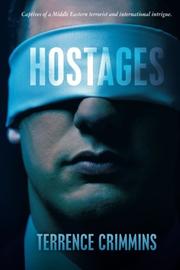 When recent Georgetown University graduate Tom O’Malley fills in for his boss to deliver pizza one night, it proves a fateful decision. He happens upon a group of Uzi-toting Muslim terrorists, led by a man named André Abdul, who have taken several State Department employees captive—and they add Tom to the hostage tally. He makes it out alive, but authorities remain concerned that Abdul, who escaped police, may still be in the United States. So Tom and a fellow survivor, Chilean translator Amado Salpedro, go on a publicity tour, hoping that the public’s sustained interest will help ensnare the terrorist leader. The novel becomes invested in the aftermath of Tom and Amado’s captivity, and follows them as they make the rounds on talk shows. The novel makes its boldest statements in its depictions of the media; for example, Tom and Amado begin an interview by responding to questions about their traumatic experience and end up, in a woeful but comical scene, sitting through a tacky song and music video loosely based on the incident. Tom’s back story pales in comparison to Amado’s; the Chilean immigrant, unable to find success in America, has grown to resent privileged people like Tom. Even Abdul, whose family’s estate was destroyed in Beirut, comes across as a more riveting character than Tom does. That said, Tom’s solid relationship with his girlfriend, Amy, gives him a semblance of maturity, although it’s often offset by his irresponsibility and naïveté. His conversations include stories of partying with his rugby team; at one point, he has to have the term “chop shop” explained to him, and, at another, guesses at Los Angeles’ nickname (“I think they call it L.A.”). The novel also doesn’t provide very much suspense—readers are told the exact date of another terrorist plot in the works—but the bad guys are appropriately and convincingly menacing when they finally show up.

A fair thriller but an excellent satire of American media.

THE HOSTAGE
by W.E.B. Griffin
Nonfiction