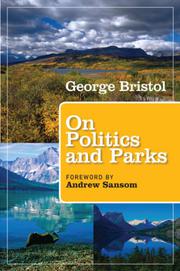 ON POLITICS AND PARKS

A small-town Texan looks back on a life in national politics and conservation.

A writer-in-residence at the Thinking Like a Mountain Foundation in Fort Davis, Texas, Bristol fell in love with America’s national parks while working one youthful summer on a trail crew at Glacier National Park. He then spent years in politics and fundraising gaining the skills and experience that would later allow him to champion the national park system. Growing up in a political family, Bristol came of age in Austin in the “relatively gentle” 1950s. After attending the University of Texas, he joined the young people flocking to the New Frontier in Washington, D.C., where he worked for years as a party activist in the shadows of Hubert Humphrey, Bob Strauss, Lloyd Bentsen and other Democratic figures. In the mid-1970s, Bristol discovered the National Park Foundation, which raises private funds for the parks, and decided he wanted to serve on its board. His eventual appointment, made by Interior Secretary Bruce Babbitt in 1994, came at a quiet time for the foundation, which had fallen into doldrums in the Reagan era. As Bristol explains, he seized the opportunity to help revitalize the group, attracting significant financial support from corporations and the Rockefeller family. National parks reflect “all the best parts of our democracy,” he writes, revealing the passion that he brought as a consultant to the PBS series The National Parks: America’s Best Idea. He later created the Texas Coalition for Conservation, a nonprofit advocate for the parks of his home state.