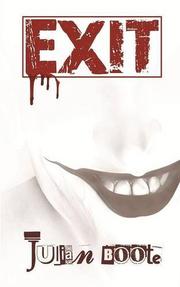 A heist novel that takes a decidedly surreal turn when its posse of professional burglars enters an ultraviolent underworld.

To most of the people she knows, Kim Sawyer appears to be a fairly normal Englishwoman who’s studious, affable, and gives lectures on art history. Nobody knows that she was once known as Alice or that she was an aspiring art thief. She might have made the big time if her gang hadn’t accidentally murdered one of its marks. Now, her old friend Max has re-emerged to coax her back into the game. The gang’s new ringleader is a mysterious American named Franklin D. Tyler; after he fakes a shooting to test her reaction under pressure, she knows that she can’t trust a word he says. Tyler arranges a heist on a seemingly closed antiques shop, but soon the thieves find themselves descending into a subterranean compound full of trained killers, and they must use their wits and any available weapons to stay alive. This is not a typical con’s-last-job story; instead, Boote’s novel turns into a macabre survivalist fantasy, complete with hand-to-hand combat and hostages burned alive. The story’s English landscape lends itself to witty Cockney dialogue, and the author makes clear the class division between Kim, an astute academic, and Tyler’s henchmen, who speak in rough slang. The nonstop action is sometimes exhausting, and Boote leans heavily on pop-culture references, as when a character is reminded of the films The Sound of Music, Iron Sky, and Outpost in quick succession. However, the author also capably describes his characters’ fear, and reluctant courage, in the face of homicidal maniacs. Most of the novel feels cinematic, and the finale is particularly easy to imagine as an action-movie denouement. Boote also adds some depth to his story by using fine art and mythology to embellish his theme: was Pandora’s box a story of releasing evil into the world, or is it about natural human curiosity? Meanwhile, Kim is torn between the security of her new life and the thrill of breaking the rules.

This thriller relies on a lot of suspense-genre tropes, but it’s richly imagined, and its characters are fun to follow—even into deadly catacombs.