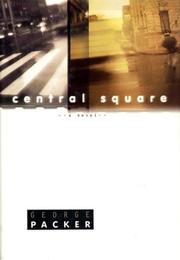 Evocative rendering of life in a Boston community, although contemporary themes—race, poverty, class—become the tail of —issues— wagging the dog of character and plot. Paula is a therapist in a community counseling center; Joe, who has just fled Africa following an indistinctly described slaughter in a village, is in Boston now for a fresh beginning and all too willing to play along with those who see in him African magic and other spiritual powers; and Eric, an insecure writer and his pregnant wife Jane, are about to have their house remodeled. At the counseling center, Paula struggles to renew her loveless life by dedicating herself to low-income clients, while Joe continues to become exactly what everyone wants him to be. Eric, meantime, whose underselling fiction has failed to satisfy his corporate publisher, finds his inspiration for a long-incubating third novel fading. Packer (Half Man, 1991) brings these parties together in believable and entertaining ways—an adulterous affair, a fabricated identity, a chance meeting in a Harvard library—and his heavy-handedness arises only afterward. A neighborhood semi-political organization named The Community is intent on reclaiming a building on the local Square for its own uses, and, all going well enough so far, Packer allows the ensuing crisis to reveal his characters— unstable relations with one another. The deadener comes, though, when he also allows himself free license to ruminate on such matters as neighborhood politics, community disintegration, and gender issues—while his people disappear in the smog of speechifying. Packer’s genuine artistry is most evident in his bringing characters to life; his ability to animate political issues, though, is less compelling.