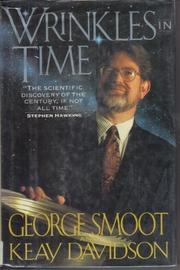 A nova-burst of fine astronomy writing, as physicist Smoot and San Francisco Examiner science writer Davidson tell the story behind the discovery of the cosmic ``seeds,'' implanted by the Big Bang, that grew into galaxies, planets, and us. Actually, Smoot and Davidson serve up three overlapping courses: a history of astronomical cosmology from Galileo to Guth; a memoir of the hothouse world of contemporary scientific research; and the details of the COBE satellite experiments that resulted in Smoot's groundbreaking 1992 discovery. The history is familiar stuff, considerably enhanced by the authors' fondness for obscure or oddball figures like Georges LeMaåtre, the Catholic priest who devised the Big Bang theory in the 1920's (calling it the ``primordial atom''), or British astrophysicist Fred Hoyle, who, inspired by the horror film Dead of Night, conceived the opposing—and now as dead as that film's ghosts- -Steady State theory. Into this feud strode Smoot, fresh from MIT and graduate research in subatomic physics. His first forays into cosmology consisted of balloon launches in search of antimatter. Balloons gave way to U-2 flights and other experiments, during which Smoot uncovered clues that the universe was not as homogeneous as believed. Then came the COBE studies to map these ``wrinkles in space''—a multiyear project that led Smoot to the Brazilian rain forest and the South Pole—providing powerful evidence that the Big Bang initiated the world we inhabit today. Nary a wrinkle here, in one of the best scientific popularizations of the year, infused not only with clear, lively scientific explanations but also with Smoot's infectious optimism (``to me the universe seems quite the opposite of pointless...there is a clear order to [its] evolution''). (Eight pages of color photographs, 50 b&w illustrations—not seen)