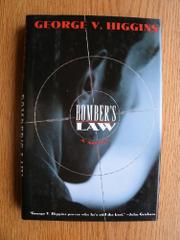 Higgins's matchless ear for dialogue often overshadows the way his art relies on digressive anecdotes for its garrulous music and its flavorsome sense of reality. Now Higgins (Victories, etc., etc.) has written a novel that's virtually nothing but digressions—the fable of Achilles and the tortoise narrated by a South Boston Beckett. Sgt. Harry Dell'Appa's been recalled from banishment in the wilds of Massachusetts to join Sgt. Bob Brennan in watching Short Joey Mossi, a mob exterminator of lowlifes. Brennan, who knows everything there is to know about Joey and everything else, regales Harry with stories about who Joey killed when, how Joey's retarded brother Danny became untouchable, why Brennan's own well-heeled brother Doug is such a wuss, and how Joey's regular habits mirror those of chop-shop cuckold Buddy Royal, who just can't stop swiping high-end cars. As the stream of stories becomes a torrent, though—amplified largely through Harry's conversations about Brennan with his wife Gayle and his boss Lt. Brian Dennison (the Great Den Mother)—Harry begins to wonder why Brennan, who's gotten the goods on Joey long since, doesn't just take him in. Gradually the novel becomes a stately dance of distance, since just as he keeps Harry at arm's length by running off at the mouth, Brennan's evidently been following Joey for years without ever wanting to catch up with him. (The moment when Harry does catch up with Joey- -practically the only event in this balletic novel—is priceless.) Yet there's a logical explanation for Brennan's behavior, too, hidden, as you'd expect, deep inside the husk of all those anecdotes—an explanation that bears out the universal rule of Dennison's legendary predecessor Bomber Lawrence: You always do it for the money. This may be the ultimate Higgins novel. The author's ability to tease an entire plot out of a series of delaying tactics—and to provide a satisfying ending for what seemed at first like an entire meal of gooey desserts—is nothing short of amazing.