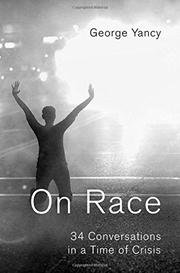 34 Conversations in a Time of Crisis

The author, who is black, regularly shares his perspectives on race with general readerships, and he hopes this collection of interview transcripts will increase accessibility to learned perspectives. For the most part, the transcripts are enlightening and jargon free, but occasionally, the discussions become densely academic—e.g., when Yancy and some of his interviewees discuss the role of professional philosophers in reducing racial discrimination. The best-known interviewees include Cornel West, bell hooks, Kwame Anthony Appiah, Noam Chomsky, and Peter Singer. Insights about race emerge from each entry, including interviews about racial issues in nations other than the United States, especially Australia and the United Kingdom. Placing racial hatreds within the context of capitalism is one of many strengths of the book. Interviews with Traci C. West and Charles Johnson examine the intersection between racial divides and organized religions, a perspective too often minimized or omitted in national conversations. The discussion between Yancy and Appiah stands out for its thread that no society has achieved the goal of true racial equality. Furthermore, as these conversations show, prejudices often extend to people beyond the black/white binary, and there are numerous insights into the significance of Black Lives Matter. In the book’s introduction, Yancy explains how the election of Donald Trump led to an urgency to address white nationalism, as so many of the book’s 34 sections do. Yancy believes speaking out candidly involves risks in such a politicized atmosphere. As a result, he terms the interviews “dangerous conversations.”

The interviews need not be read in order because each can stand on its own.