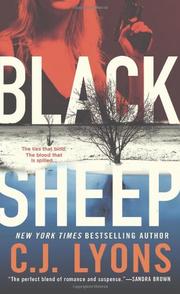 When a shiv to the gut dispatches Eli Hale, jailed since confessing to the murder of Cherokee tribal elder Tommy Shadwick 26 years ago, his last words to FBI Supervisory Special Agent Caitlyn Tierney, the daughter his best friend had before committing suicide, are “Find Lena.” His daughter Lena’s gone missing, possibly abducted. Caitlyn, who remembers Lena as a toddler, tracks her last appearance to a biker clubhouse, the Pit Stop, in Evergreen, N.C. The bikers, however, have lost the girl. Bernie, a would-be club member, has decided to save her from Poppy, the group leader, and Weasel, the meanest biker in the club, who want to kill her. He’s sequestered her in an abandoned hunting lodge where he’s stashed chimps, a lion, a leopard and more, rather than letting the Club charge sportsmen to use them for target practice. After two near-death experiences at work, Caitlyn’s mom wants her to quit the FBI. So does her inamorata, Paul, a physician. Caitlyn, however, perseveres, leaving them to dine with Uncle Jimmy at the casino he manages. She keeps bumping into the club enforcer, Goose, as she tries to make sense of an old parchment that deeds some Native land to released slaves. Is Lena entitled to casino revenue? Is Uncle Jimmy laundering money for the bikers? Will Caitlyn and Goose canoodle on a beach? Absolutely, but not before the leopard gets loose, Lena and Bernie are besieged, the cellphone goes silent, and Caitlyn deals with family perfidy and becomes a TV sensation.

Lyons, who used Caitlyn as a secondary character in Blind Faith (2012), is currently juggling four different series, all hyperventilating on drama, romance and overindulgent plotting. Someone out there must be a fan, and you know who you are.